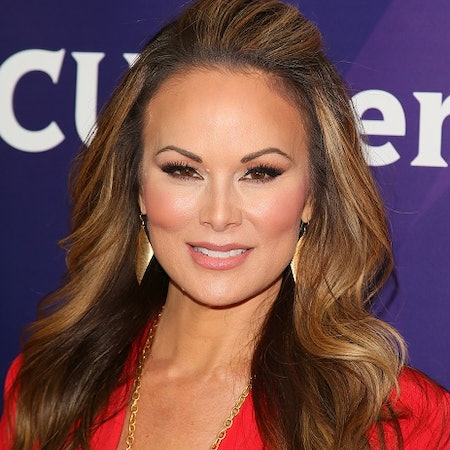 In the debut episode of the Real Housewives of Dallas, Tiffany Hendra’s Australian rocker husband Aaron Hendra moved Tiffany (and some of us) to tears with his impromptu live performance of a tender song in dedication to when he and she first met. The pair had recently relocated to Dallas from Los Angeles, where Tiffany says the partying lifestyle had gotten to be too much for her. The two were shopping for guitars when Aaron decided to plop down and serenade his lady in a living fantasy of all I’ve ever wanted out of a relationship.

While the Real Housewives series generally focuses on the lives and dramas of the ladies, sometimes the supporting cast of husbands and boyfriends plays an important role in the cyclone of conflict constantly surrounding the women. If the gentlemen of Dallas are going to be important to the storylines of the Housewives, I would like to know more, please. And Aaron Hendra’s adorable little ditty has gotten me desperate for more details on his music career. Does he have a band still? What are some other songs of his? Is he any good? Is he actually Keith Urban in disguise? These are important questions that I, and the people, deserve to know. Read More